The Subconscious and its Effect on Learning

The Subconscious and its Effect on Learning

This fall, I’ve read two books (The Drunkard’s Walk and Subliminal) by Leonard Mlodinow, a theoretical physicist and author. I’ve been equally fascinated by both books, but Subliminal posed several interesting questions that directly pertain to the work we’re doing at Rift. At Rift, we are spending everyday working to find a way to use data to measure students holistically, since we know that every student is given unique strengths and weaknesses. In this post, I want to examine our subconscious and how it has negative and positive consequences on learning.

What Does it Mean to be Smart?

Take a second and try to assign a definition to the word ‘smart’. We have no trouble identifying people we interact with as either ‘smart’ or ‘not smart’, but pinning a definition on the word is quite a difficult task. Does being smart mean getting all A’s in school? Or being highly in-tune with the emotions of those around you? Maybe being smart is a measure of how easily you can memorize information? Or is it how well you can apply that information to new scenarios? If you were to ask a PhD candidate at Princeton and a high-school dropout running a successful real estate business, you’re likely to get pretty different answers.

In Subliminal, Mlodinow examines the case of Solomon Shereshevsky, a man who remembered everything. Every word of every conversation, Shereshevsky could recite it back perfectly. Sounds like a pretty smart guy, huh? Well it depends on your definition of smart. Although Shereshevsky could remember the content of conversations perfectly, he struggled deeply with understanding the meaning, or gist, of the words he was hearing. So even though Shereshevsky probably would have received a 100% in U.S. History, he would’ve struggled to understand how the factors that drove the Vietnam War re-manifested themselves into the war on terror.

In school, students are often asked to take a test at the end of the year to assess their knowledge on the material that was taught over the course of the school year. Further, students are tested towards the end of their high school career on knowledge that is supposed to assess preparedness for college (SAT/ACT). Students are expected to either pull from the last several years of learning to complete the test well, or they pull from the last several months of paid tutoring (if their parents could pay for it, of course). If no two brains have the exact same strengths, learning styles, and dispositions, it is easy to recognize how quickly bias can form based on characteristics that the conscious brain has no control over. My point here is that with the current system, the complexities of human intelligence are such that they cannot be accurately diagnosed across the spectrum in a manner that gives each individual an equal chance of success.

My point here is that with the current system, the complexities of human intelligence are such that they cannot be accurately diagnosed across the spectrum in a manner that gives each individual an equal chance of success.

The Expectation of Failure

In 1904, there was a horse named Hans who travelled the world solving math problems up to the level of a third-grader. Impressive, right? Well, a psychologist named Oskar Pfungst decided to rain on the parade by conducting a series of experiments that revealed that the horse wasn’t good at math, it was excellent at reading people’s subconscious non-verbal cues. You see, the horse would tap its hoof to answer the problems, e.g., 12 divided by 4 would yield 3 hoof taps. However, the horse didn’t know math, it would simply read the non-verbal cues of the question-asker to determine when to stop tapping its foot. Read more about the smart horse here. What does this have to do with education? Not much, but it’s a fun study to frame the not-so-fun study that follows.

In the 60s, Robert Rosenthal was studying how our expectations of others often come true. In one study, an IQ test was sent to 18 classrooms of students to complete. After the students took the test, the researchers told the teachers that a certain subset of students had ‘high intellectual potential’, even though those students actually scored average on the test. The students, meanwhile, never saw the results of their test. Over the course of the year, the students who were not labeled as gifted were consistently rated as less curious and less interested than their 'gifted' peers, and their grades took a hit as well. Further yet, when an IQ test was administered eight months later, the students who were ‘gifted’ (even though their scores were average) saw substantial improvement while the rest of the students progressed at an average rate. Remember- the students never learned the results of their IQ tests, but even the teachers' perceptions of their students were enough to drastically influence academic and social performance over the course of the year. Today, this is referred to as the Pygmalion effect. There’s a lot to be unpacked with this example, but what I’m taking away is that what we think about ourselves and others can often be a self-fulfilling prophecy. At Rift, we want to use technology to show even the most downtrodden student that they have enormous potential, and we want to show the most overworked teachers the areas in which they can help their students shine. When I was growing up, my mother used to have this line that stuck with me then and seems to be backed up by science now: “What you think about and talk about, you bring about.” What are you thinking about when you think of yourself and your peers? Whatever it is, you're probably right.

In high school, my now-wife and then-girlfriend, Abbie, told me that she didn’t see herself ever really having much of a career. Not because she had deep passions to pursue something else, but because she felt as though there were plenty of people more skilled and smarter than her out there. She was going to college because it was the thing to do, and she imagined that she’d have the same distaste and desire to be finished that encapsulated her schooling up to that point. However, when she took her first psychology class, she discovered that she had a real passion for it, and that even though her talent for multiplication tables and long division lacked, she was an ace when it came to understanding the emotional underpinnings of the human brain. When she got deeper into her upper-level psych classes, she loved the material and loved school (something she never would have said before), and she did really well in her classes. Now, she’s working almost full-time while also enrolled in full-time graduate level courses at Southern Methodist University, with plans to open her own private counseling practice post-graduation. Why does this matter? Because to Abbie, school was not relevant until she found what she was passionate about, but once she found her passion, her career path was transformed and as a result she will positively impact the lives of tens, hundreds, maybe even thousands of others. Abbie’s is a story with a happy ending, but unfortunately, there are numerous other stories out there that end before the student ever finds their calling. This is the problem to be solved. School should not be a place to assess how ‘smart’ a student is, rather, school should be about fostering passions, creating opportunities for deep learning, and equipping students with the knowledge that they are capable of great things.

School should not be a place to assess how ‘smart’ a student is, rather, school should be about fostering passions, creating opportunities for deep learning, and equipping students with the knowledge that they are capable of great things.

You may be questioning the relevance of the topics addressed in this blog post, and trying to figure out if I have a solution to the problems addressed. When we started Rift, we spent months identifying problems in education and trying to figure out if/how technology could help solve them. The area that I am focusing on in this blog post is the area of ‘holistic assessment’. As nice as it is to show that everyone is unique and cannot be graded on the same scale fairly, schools, districts, and states still need some way to maintain accountability. Colleges and universities from Harvard to North Central Texas Community College need some way to figure out who to admit to their school. Recruiters at McKinsey need some way to find top-tier consultants who would be good at making a slide deck full of recommendations that won’t be followed. The question is not IF we should assess students, but HOW should we assess students. Is the SAT and a GPA the most effective way to determine the potential of a student? No! Is it the most convenient? Well, yeah maybe. But universities know it’s not working, evidenced by an over 90% high school graduation rate in the U.S. followed up by a 36% college graduation rate. That’s why Stanford asks applicants what their favorite color is- they’re looking for anything that might provide them with more context and information than just test scores. This is where the value of holistic assessment comes in. If one can assess a student based on their full array of strengths and weaknesses, then they can make informed decisions about how and where to best utilize those strengths and weaknesses.

Our unconscious mind has a massive impact on the way we think, learn, interact, and more, but is often deeply discounted or ignored when looking to assess the skills and abilities of individuals. Great potential already exists in every student, and at Rift, we’re pioneering a world where everyone has an equal opportunity at realizing theirs.
‍

Want to learn more about how we’re making holistic assessment a reality? Email kfenner@riftinnovation.com or submit the contact form below.

Much of this blog post was inspired by Subliminal by Leonard Mlodinow. Give it a read and pick up The Drunkard’s Walk while you’re at it. 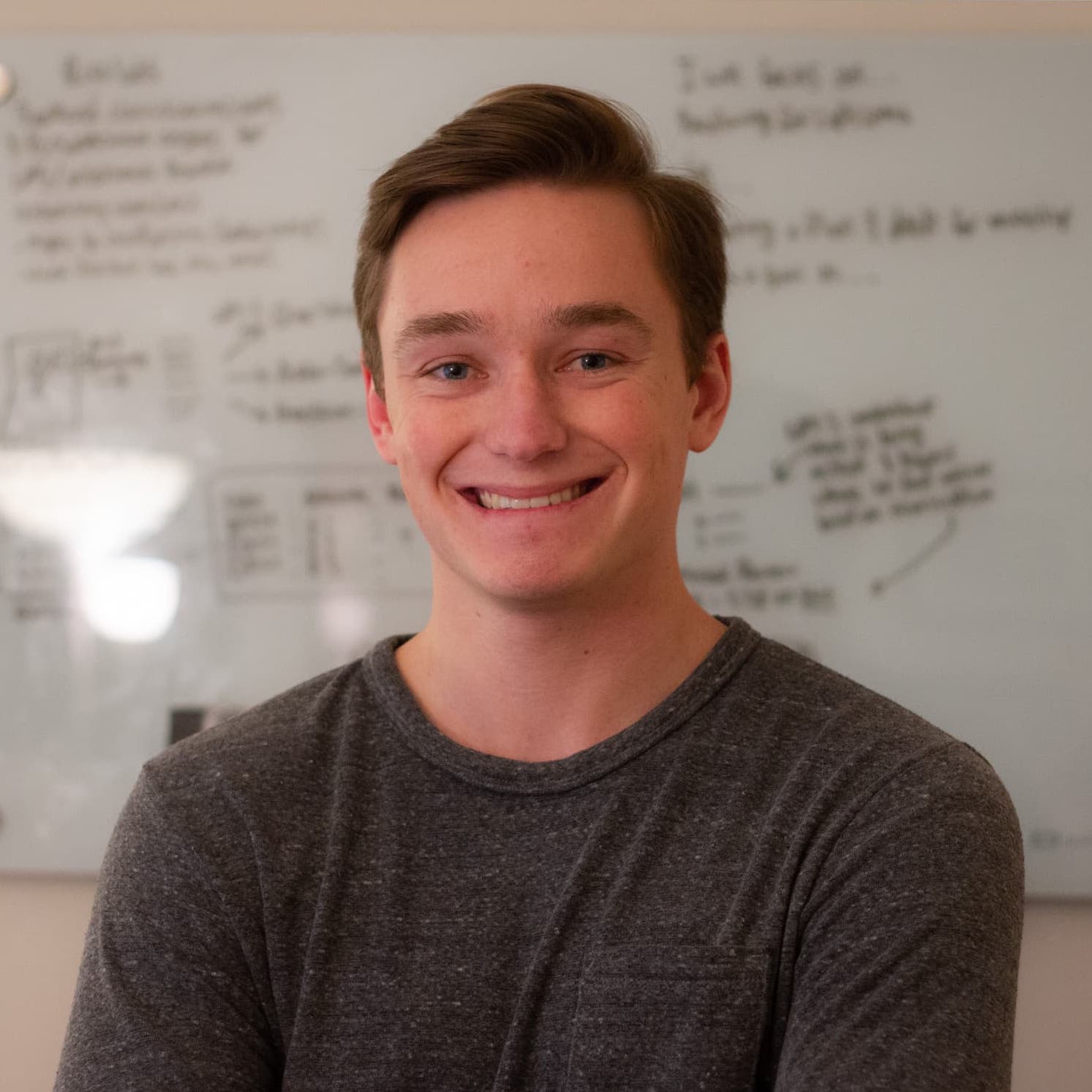 Kyle Fenner
Co-Founder
As co-founder of Rift Innovation, Kyle marries his passion for education and people with technological expertise to drive innovative solutions for Rift's suite of products.

Let's Get In Touch

Thank you! Your submission has been received!
Oops! Something went wrong while submitting the form.

Rift Innovation LLC is currently a seed-stage startup located in Dallas, TX. If you are an investor, educator, student, or technologist who is interested in what we are doing and would like to learn more, please use this form to get in touch with us. We will get back to you as soon as we can.